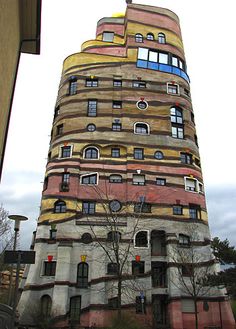 The Hundertwasser building in Austria 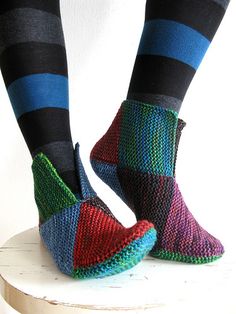 Pattern source: 8-square socks from Käspaikka Yarn: Sock yarn leftovers, held doubled Needles: 3,5 mm I've been feeling pretty down lately. To keep me from worrying about things that I actually have no control over, I've knit some tiny garter stitch squares. These may not be the prettiest socks in the world, but knitting them made me feel happier. :-) 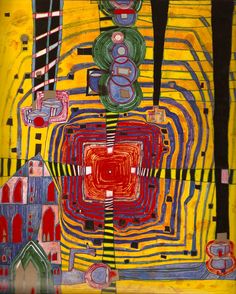 Posts about Hundertwasser written by fddreis 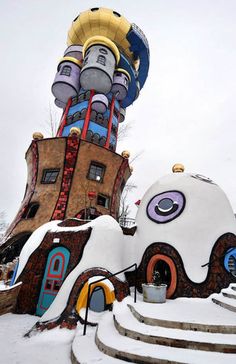 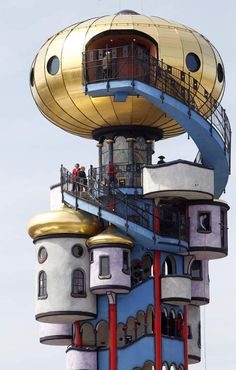 The Hundertwasser tower, designed by Austrian Friedensreich Hundertwasser, was built in Abensberg, south Germany, 10 years after his death. The tower is 35 meters high and 6 meters is diameter, twice smaller than the original project of the architect. A wonderful view of the town opens from the upper site of the tower, which has no straight lines. 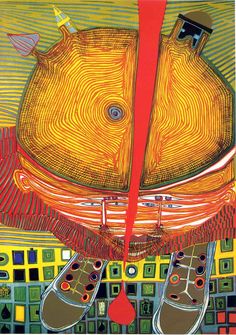 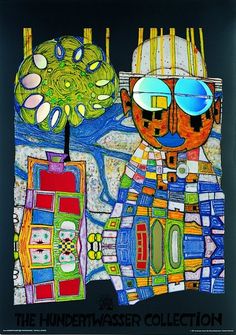 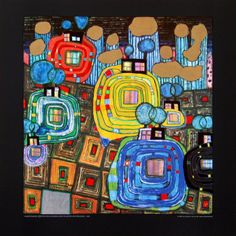 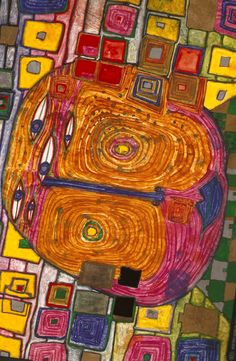 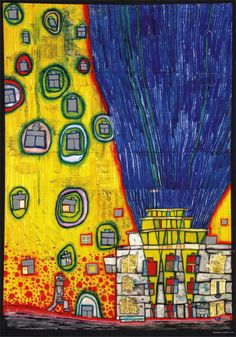 Austrian Friedensreich Hundertwasser (1928-2000) , became one of the best-known contemporary Austrian artists, although controversial,by the end of the 20th century. He was a painter, print maker, & architect (uncredentialed) who wrote manifestos, designed posters and stamps, and traveled the globe bringing construction projects to realization and collecting awards. He was also an outspoken proponent of anti-nuclear causes. 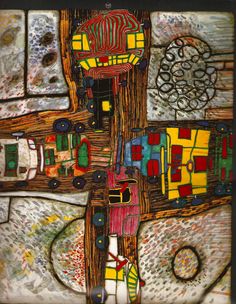 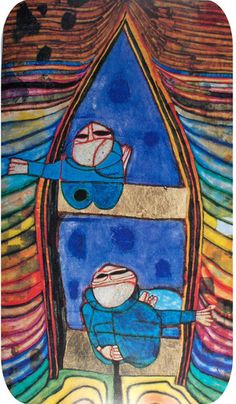 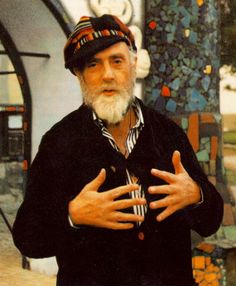 Friedensreich Hundertwasser, the lengendary artist… | Art is all about Me 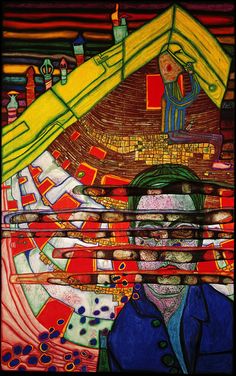 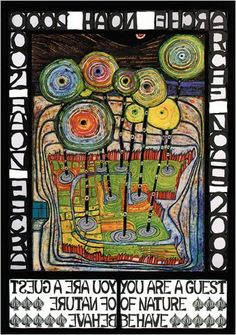 Friedensreich Hundertwasser - love his art work and would love to see his architecture in person in Austria!